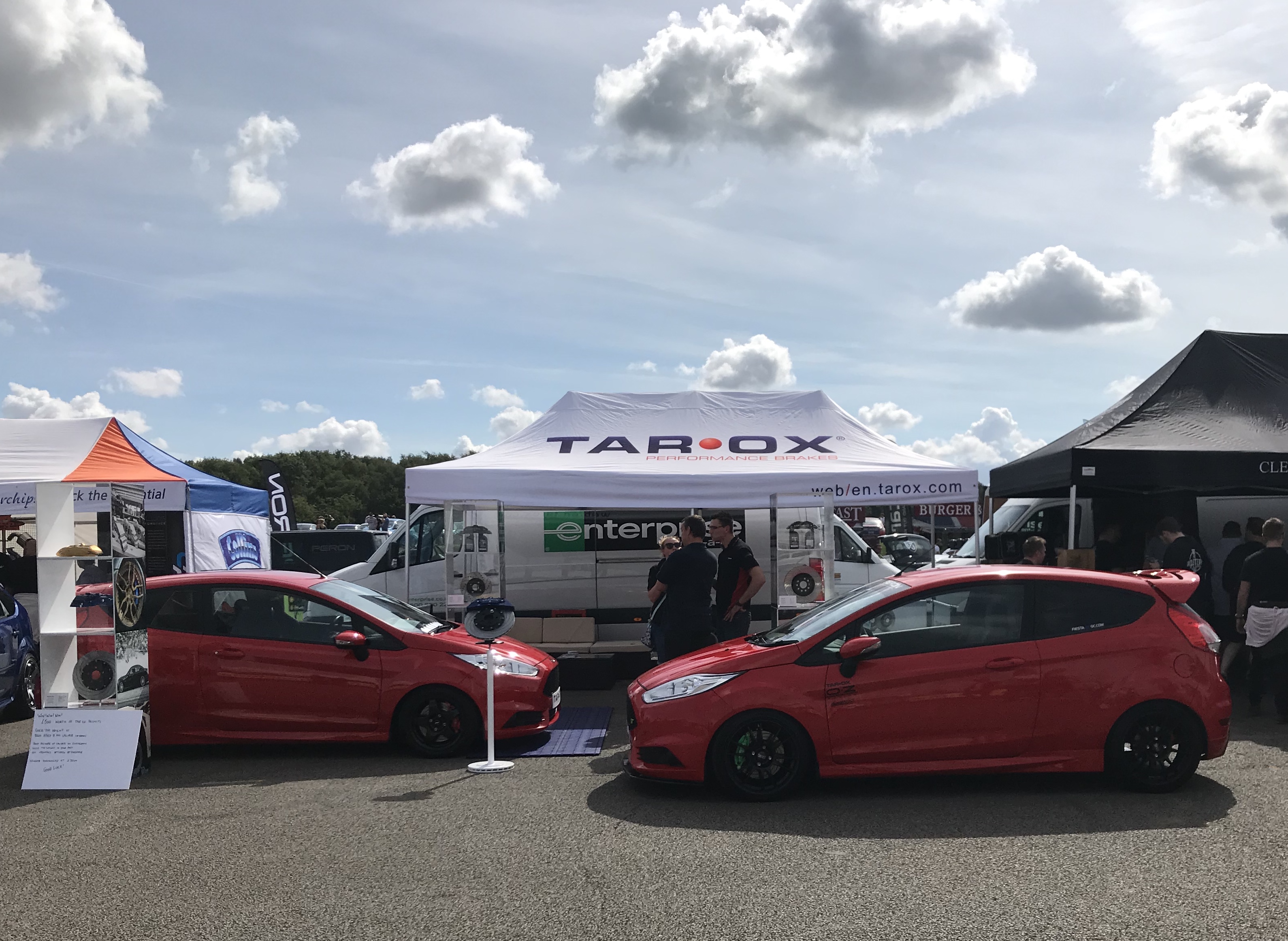 For the 3rd consecutive year the TAROX UK office made the journey from Manchester to Silverstone for the biggest and best Ford show in Europe, Ford Fair.   The queue’s to enter Ford Fair are becoming as infamous as the show its self with visitors waiting up to two hours for entrance! The sheer amount of people attending Ford fair is a clear reminder that the blue oval brand’s popularity within the performance aftermarket shows no sign of diminishing. 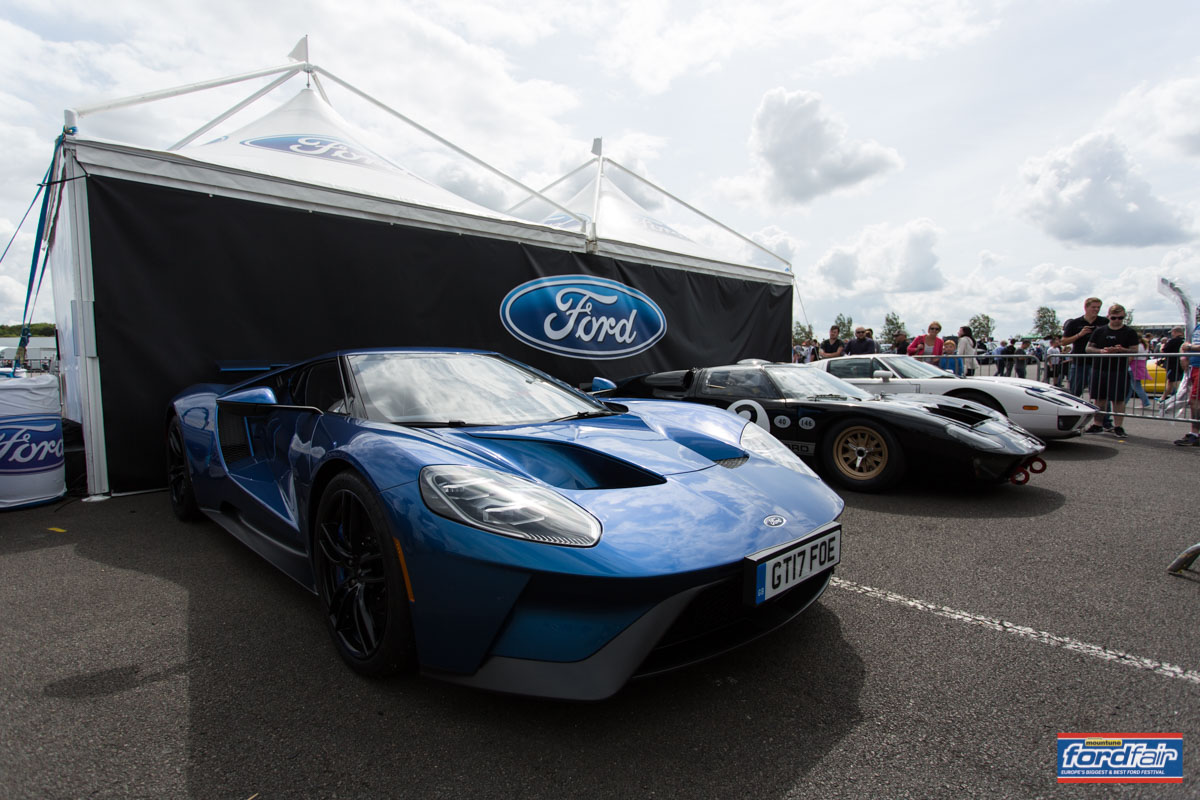 Ford tuning powerhouse Mountune were present with a large presence as well as Ford themselves – they actually brought Ford UK boss for a question and answer session. Ford also brought the amazing new GT. 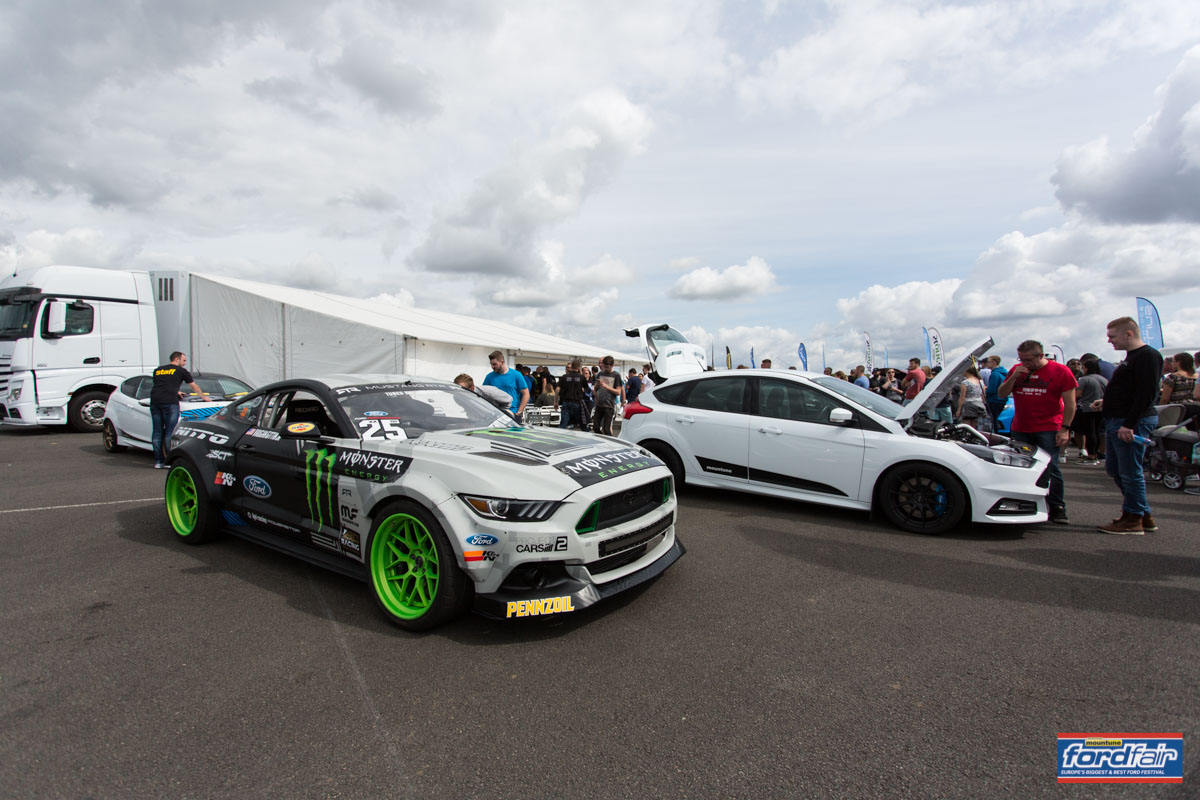 With the TAROX Sport Compact kit for the Fiesta ST180 being such a popular application, the decision was made to show just how versatile the 300mm 6 piston kit is by displaying Ben Copston’s Time Attack ready ST running 15’’ Team Dynamics and no spacers alongside Alex’s street tough ST running low on 18’’ Ultra Leggera’s and green calipers.

Also on display was the latest SuperSport kit for the 3rd Generation ST Focus. The kit utilises the new B360 8 piston calipers and 360mm two piece discs. 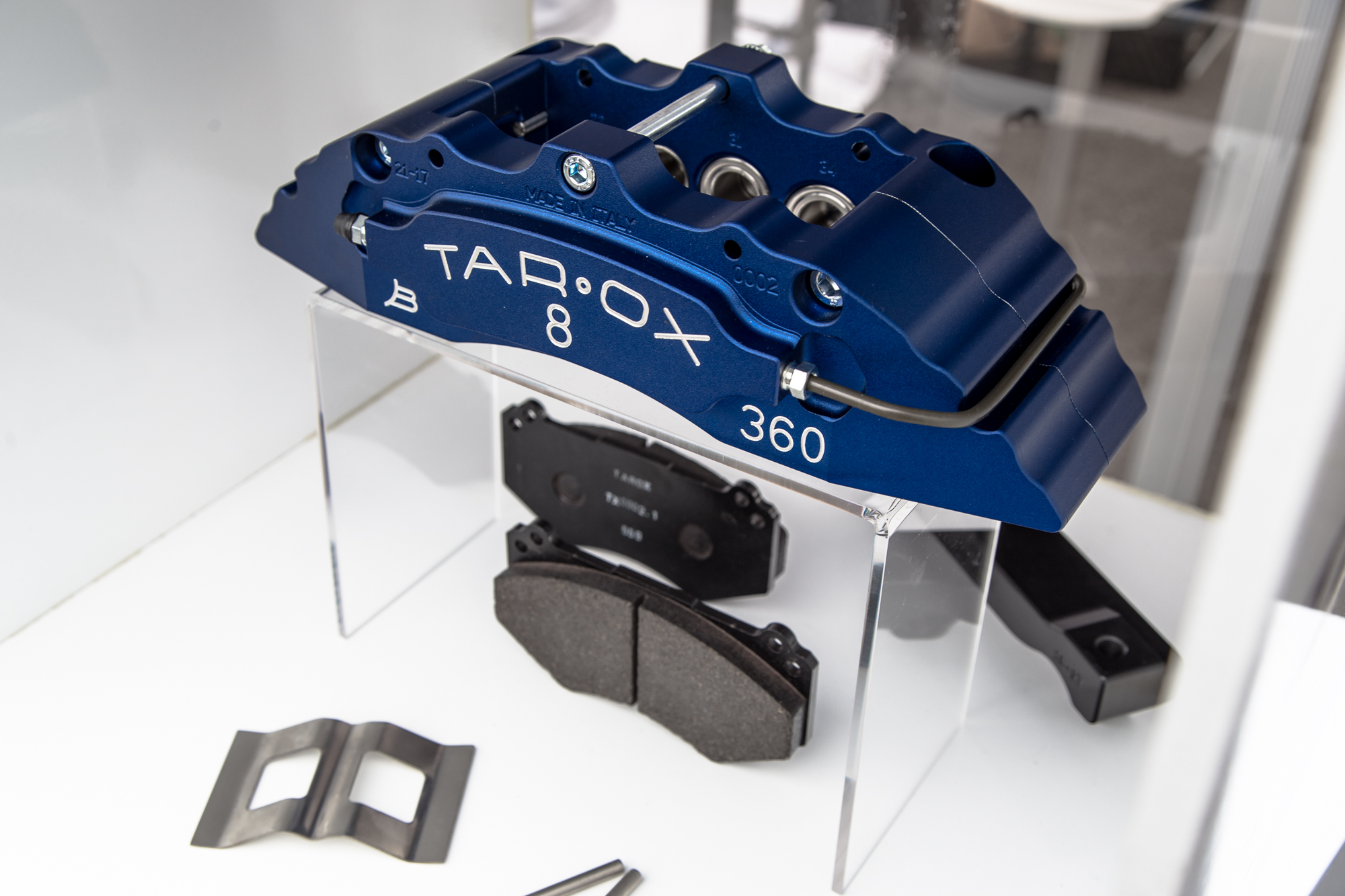 Throughout the day a competition was running to guess the weight of the new B360-8. Only weighing in at 4.3kg many people’s guesses were not surprisingly on the high side.

There was a great selection of TAROX equipped cars out on track and some really cool classics. 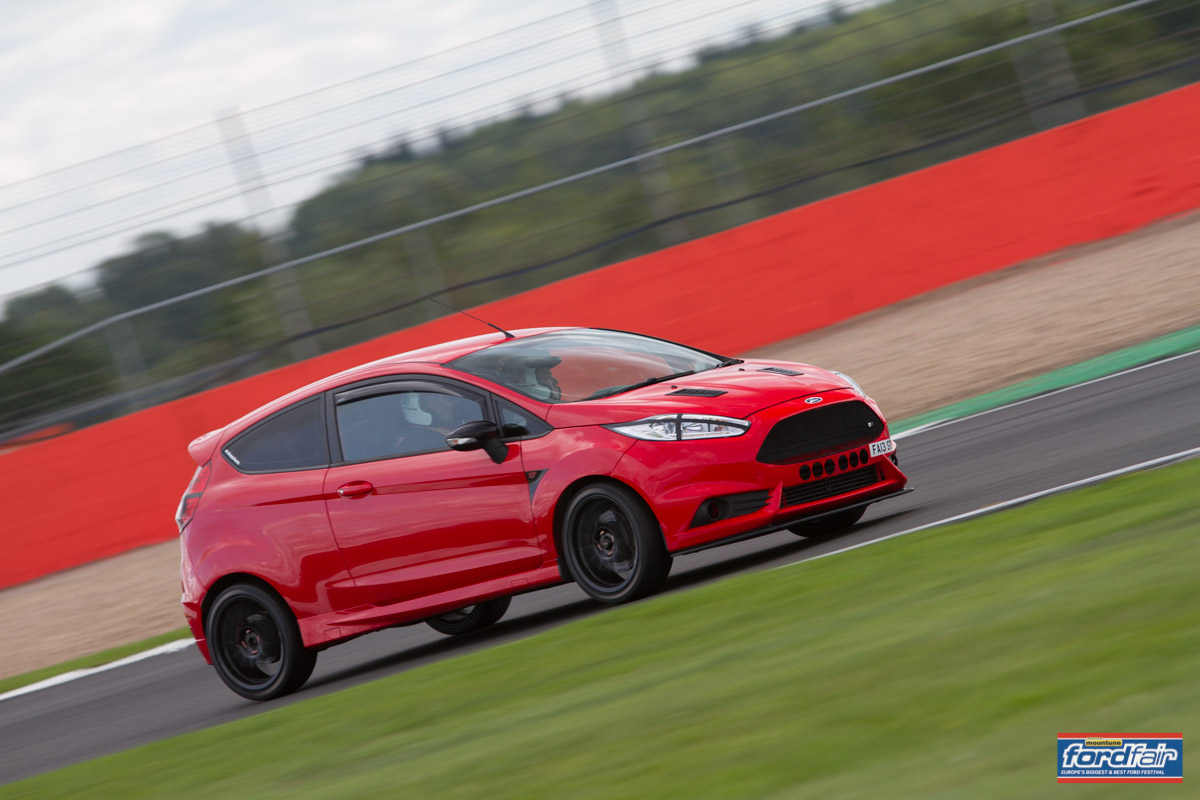 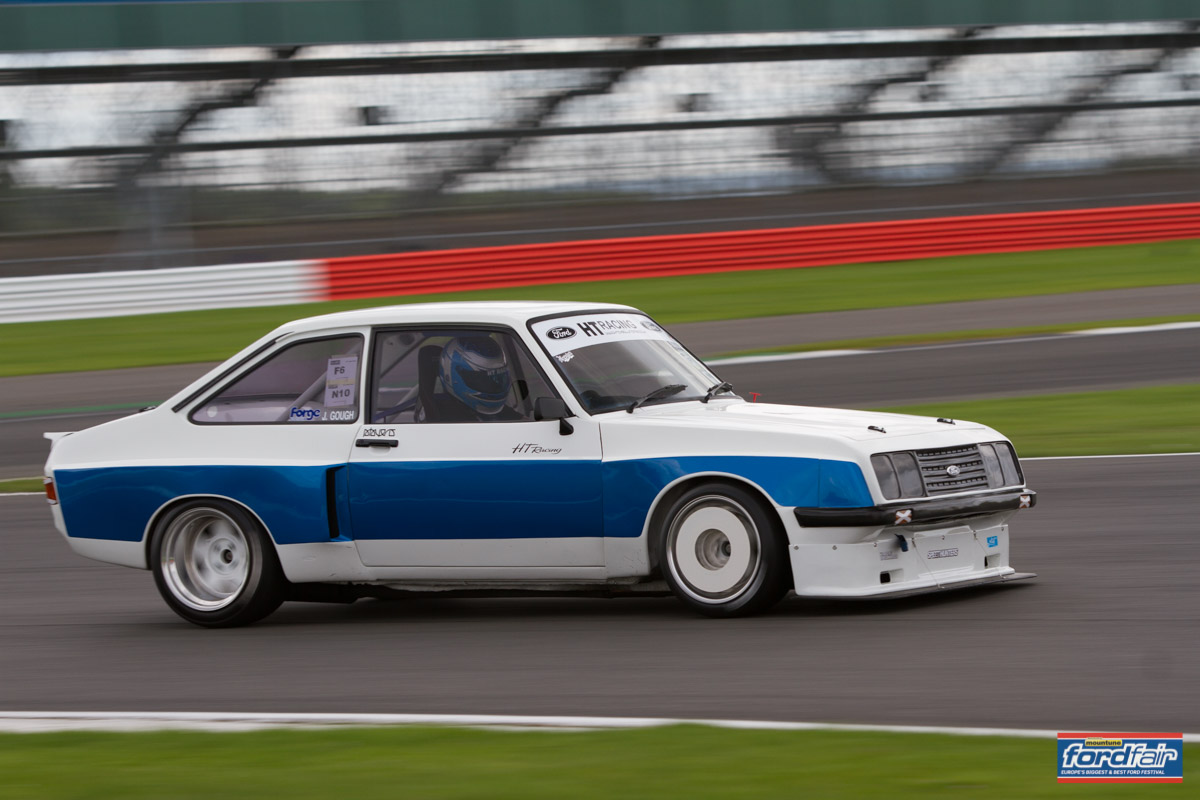