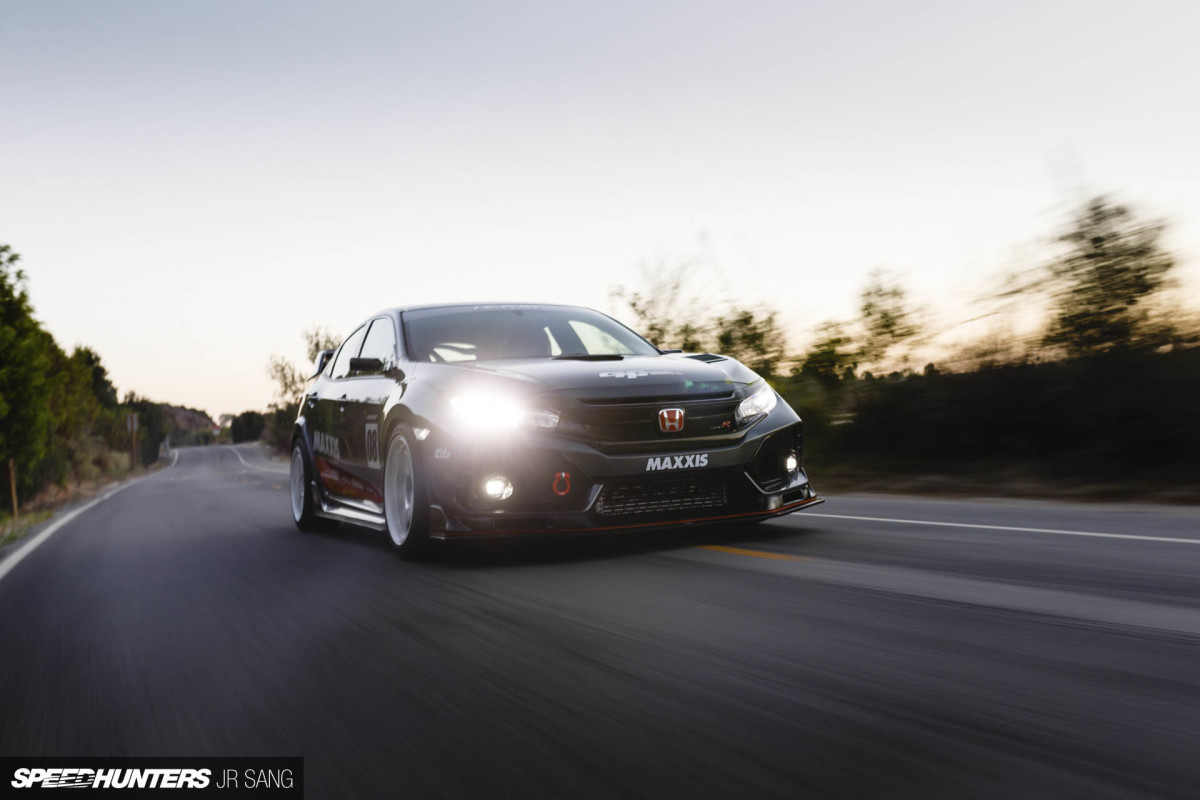 For the past 15+ years Evasive Motorsports in Southern California have built a solid reputation in the Honda Tuning world for offering the best quality products to their worldwide customer base. 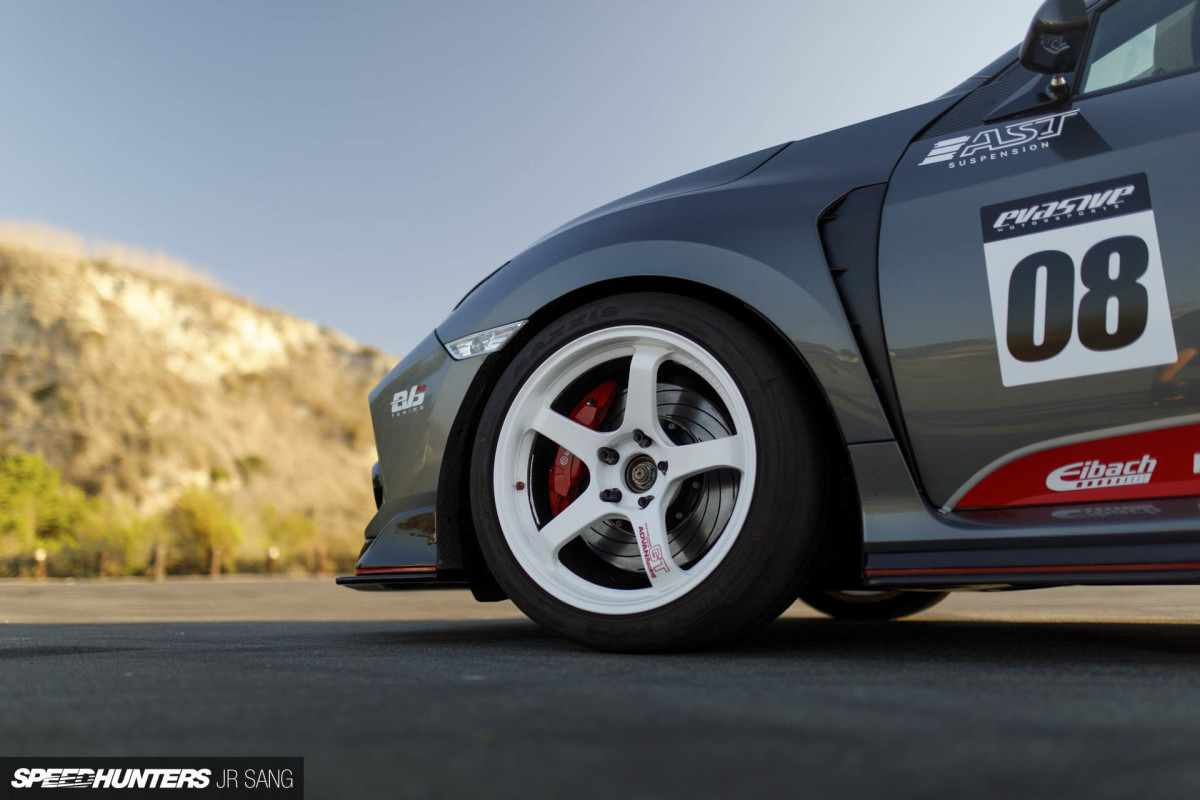 When it comes to their in-house projects, Evasive demonstrates an unrivaled ability to combine their own products, and those from leading, premium brands to create a car that, rather than merely serving as a gratuitous rolling advertisement, is genuinely well balanced improvement over the stock vehicle, even on the most developed factory specials, such as their latest FK8 Honda Civic Type R. 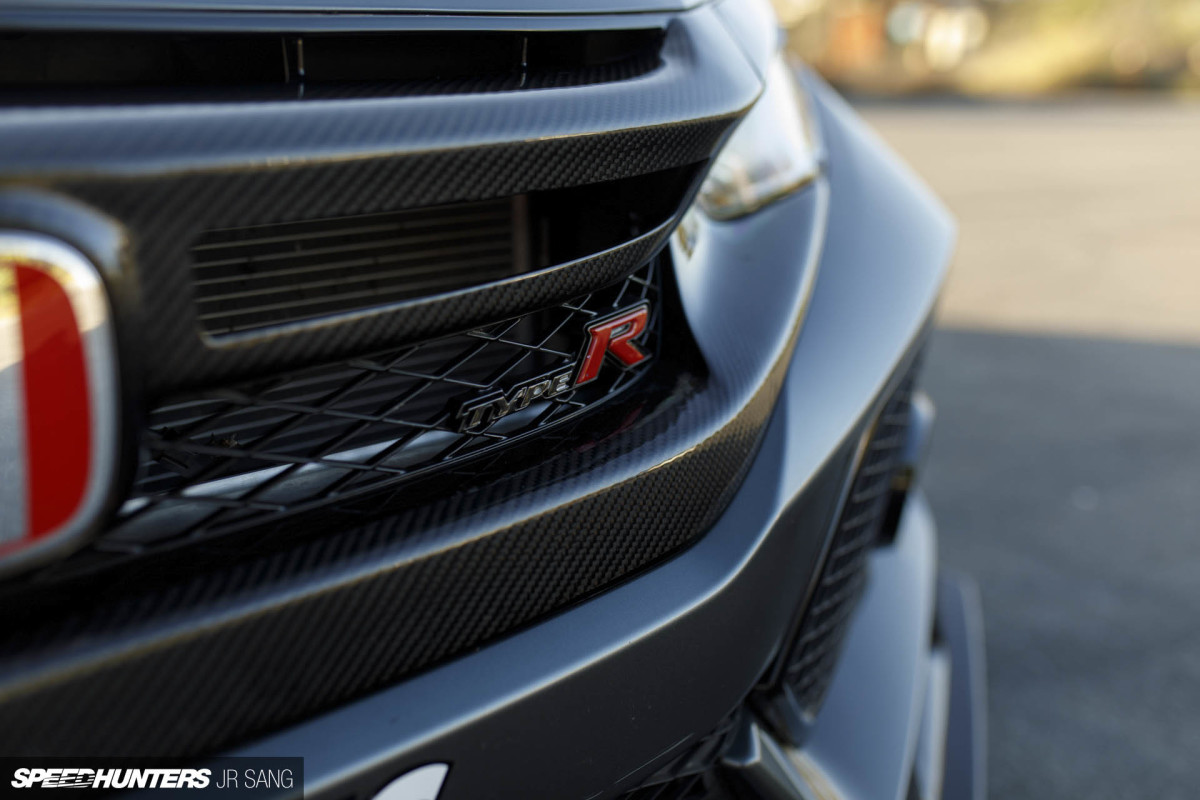 Given that this generation Civic was the first the US had been “allowed” a Type R version, the Evasive build generated a lot of attention when it was debuted at SEMA 2017, being such a new model, it was the most comprehensively modified example most had ever seen by a long way. Quite possibly because it was (still is?) the most improved FK8 in the country? 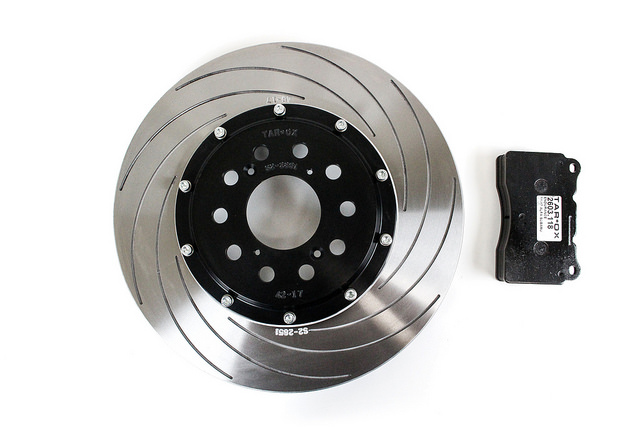 Despite what had been done to the car, a chance conversation with the staff at Superstreet Magazine (who we had previously collaborated with) on our own SEMA booth revealed that Evasive had still not been able to locate a brake upgrade that met their requirements. Fortunately, despite the car only having been on sale in the US for 4 months, TAROX already had such an upgrade available, as the new FK8 shared a brake disc part number with the previous, FK2 CTR that was available in Europe, Japan and beyond. With 350mm discs and multipiston calipers as standard, a brake kit is just not necessary. So, TAROX offers 2-piece, standard dimension discs from our Bespoke range. 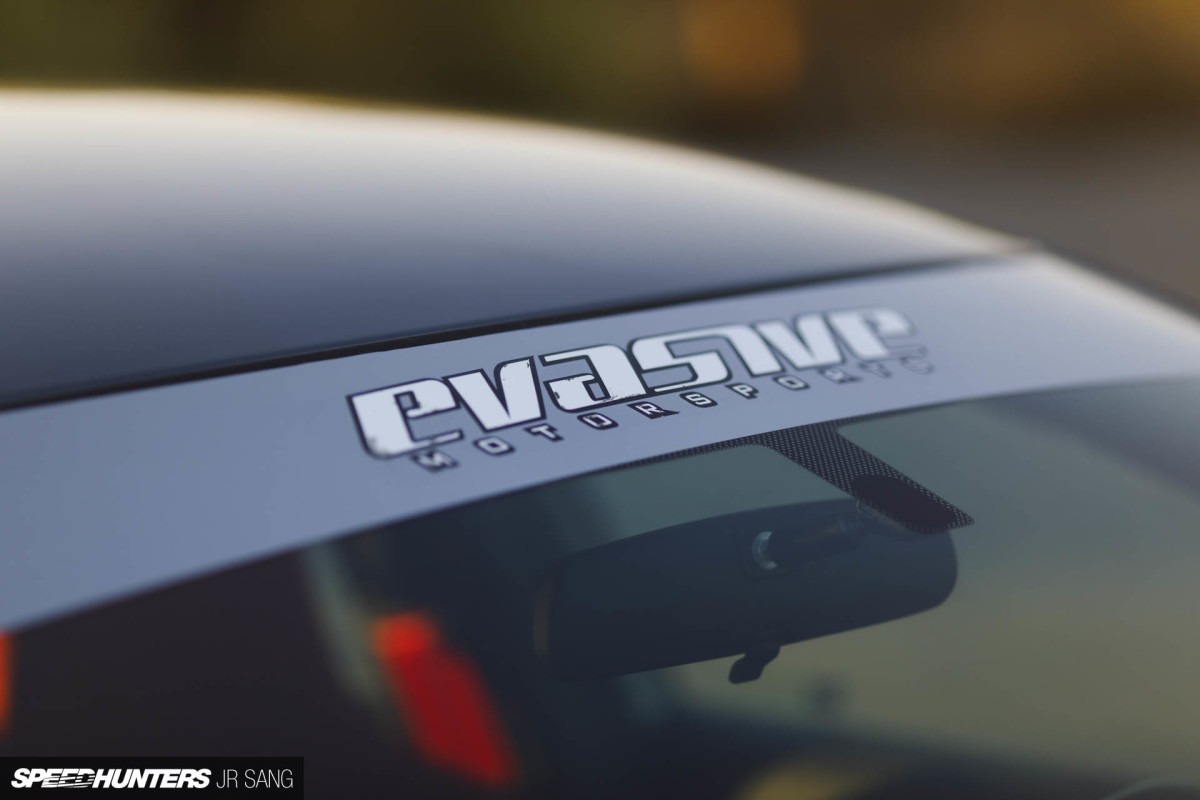 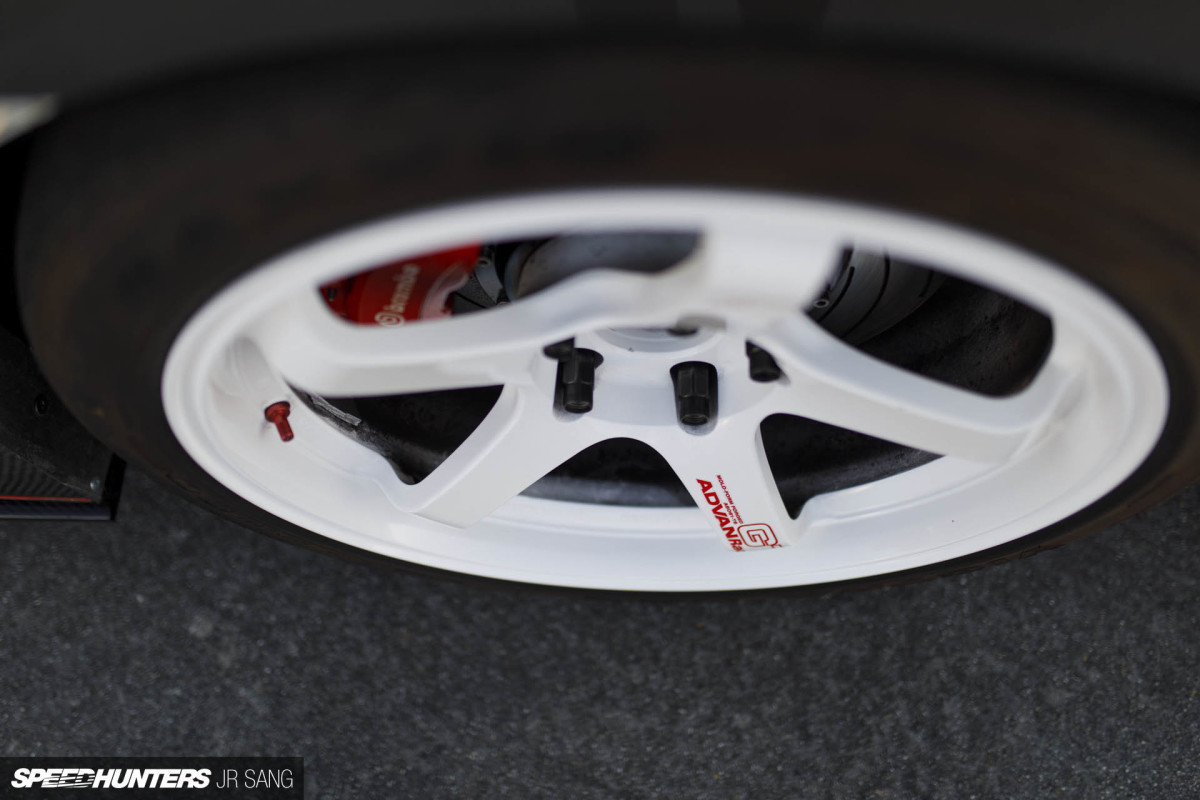 Within a few weeks of the show, a pair of F2000 pattern discs had been produced for the Evasive Civic in our factory in Italy, and shipped to California along with a set of our top-spec Enduro, 118 compound race pads. The boost in performance, plus the weight saving (Especially when combined with the smaller diameter 18″ Advan wheels Evasive have elected to use) all combined perfectly and continue to impress during extensive road and track testing and contribute to the “Meticulously Modifications” as identified by this fantastic article about the car on Speedhunters.

If you’re in the USA and looking to upgrade, head over to Evasive Motorsports’ online store: http://www.evasivemotorsports.com/ 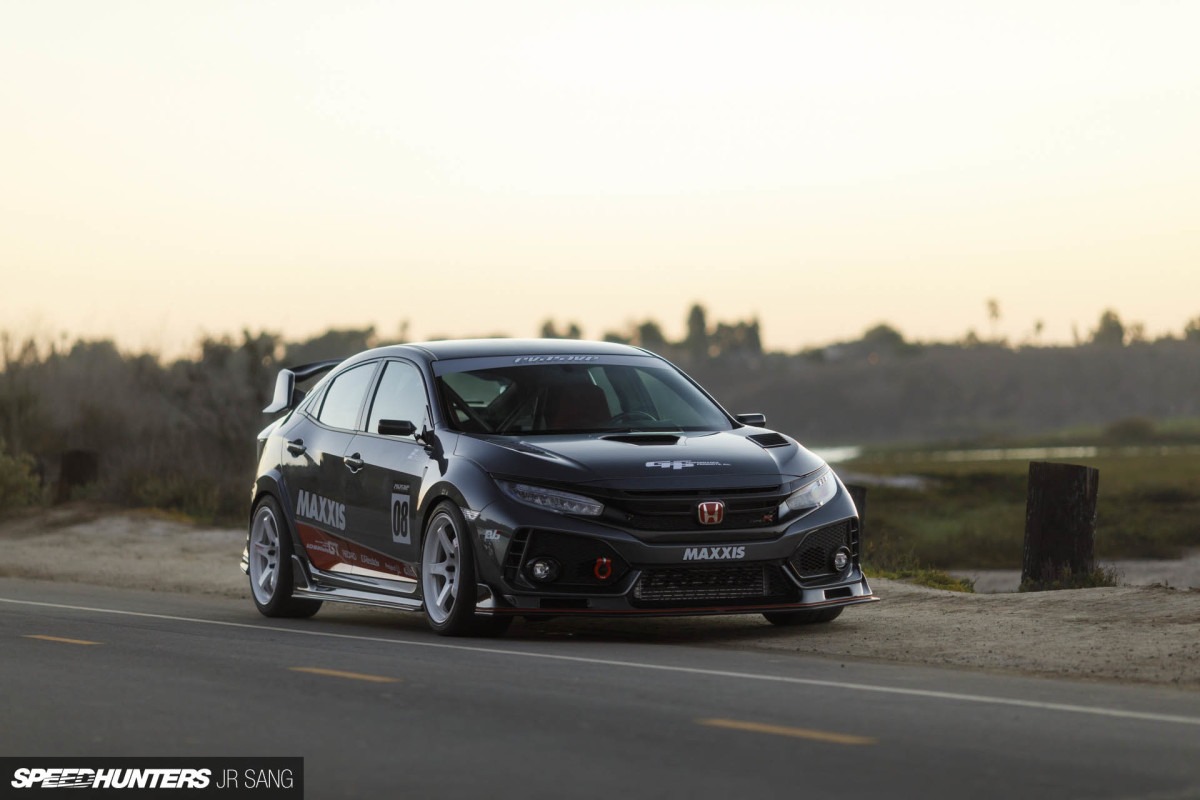 Next articleAutosport Performance and Tuning Show 2019 »